Today is the third anniversary of A Girl in Disguise, my blog detailing my journey back to crossdressing, and accepting myself as transgender. I can’t believe it’s been so long! I can’t believe I started back in 2013, though that was a huge year of change for me.

A quick recap of my journey. In January 2011, my marriage came to an end. My wife, who had never been faithful, and despite my attempts to salvage our marriage, decided to move to Arizona from Texas, to live with a man she had never met but talked to on War of Warcraft. Yes WoW ruined my marriage!, but not really.

2011 was a hard year for me, but I ended up beginning a relationship with a woman I knew by April and basically moved in with her in May, though I kept my own separate apartment. Divorced at the end of August, got rid of my apartment to move in with my girlfriend at the end of September to live officially with my girl. Three days later it came to an abrupt end. After I got rid of my apartment, she started going out every night, refusing to tell me where she was going, who she was with, and when she’d be back.

This was  a woman who refused to go out with me, professing to be  a homebody who didn’t want anyone to watch her kids while she went out. Wasn’t a problem once I moved in. She would find someone to watch them, and drink all night, coming home smelling of alcohol at 4 in the morning. Fresh from a failed marriage, I wasn’t interested in that, so I moved out, saying she needed to make her mind what she wanted. By the end of October, she emailed me to say we were through. 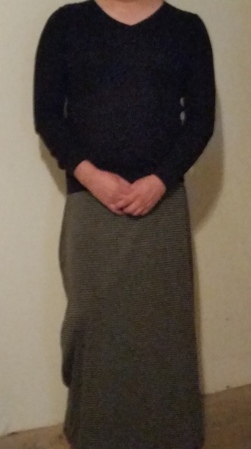 So started my downward spiral. I left my job in March of 2012, my depression and desperation consuming me. I worked at a psych hospital, for all the good it did me. The CEO, who understood the Facility Director during his emotional trauma, didn’t give a shit about the dumb Mexican. He put ads in the paper for my job, looking to replace me behind my back. Much to his surprise, I left. I wasn’t going to let some racist asshole fire me for having trouble with my divorce and subsequent emotional upheaval. Consequently, I think all Psychiatrist and Therapists to be charlatans. They knew what I was going through, and not one gave a shit about what I was going through, but I digress.

That began my worst year. I couldn’t find a job. I was broke, virtually homeless, dependent on a friend for home and food.  After six months I moved back with my parents, deciding to go back to college to finish my degree. In January 2013, I started back, eager to earn the Bachelor’s Degree I had given up on thirteen years prior. In March, after a year of unemployment, I found a job with my current employer. In August after a semester and a summer session of classes, I earned my degree.

That September, I must have given in to my true identity and founded this blog, though it would be another fifteen months before I worked up the courage to start dressing again. I suppose every journey has a starting point, and mine began three years ago, writing my very first post, Starting Over. Since then, I’ve written over one-hundred posts, this being the one-hundred and twelfth post published, posted eighty-four different photos of myself, and opened myself to world of possibilities that I had denied myself for over a decade, maybe even a whole lifetime!

First photo I posted on my very first post!

Today, I’m still making progress. I contacted my ex-girlfriend, the same that started me towards the trajectory of misery and pain which forced me to confront the painful truth about myself, leading me to accept me for who I am. I told her about Stef, and she replied that she was happy for me. I let another coworker in to my secret over a late dinner after work, at one in the morning. She seemed pleased that I confided in her, saying that she loved me, and that she loved me even more for trusting her with this.

I don’t know where the last last quarter of this year will take me, much less where I’ll be in 2017 and beyond. I could scarcely have imagined that I would have come to this place, opening myself up to strangers and friends alike. It’s scary but exciting, and to think that I began it all one day in September, three years ago.

God bless, and wish me well!

6 thoughts on “Third Anniversary of A Girl in Disguise”