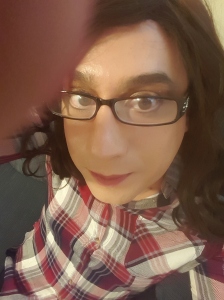 I’m a blogger. Well, actually I’m a writer who blogs. It’s how I survive, how I take these kernels of thoughts and ideas and nurture them into something more. Sometimes they’re profound, sometimes they’re silly. I’ve bared my naked soul to the world.

It began simply as a way to cope with a break-up, and eventual divorce, from my wife. That marriage had been broken for a while, and I suspect it had never been whole to begin with. All the same, as much as I was glad to be rid of her, there’s some part lurking in everyone that misses that presence, no matter how toxic it may be. You become used to that proximity. Also, my ego had trouble accepting that she left for another man.

I worked through my pain, and then the pain of another failed relationship. I was broken and I typed my pain in a vain cry for help. No one heeded it. Sure I got the occasional sympathetic comment, how it would get better, that they were praying for me, but I needed more. The only blessing is that my writing prevented me from bottling everything up. It was my outlet. That blog was my saving grace.

That was over four years ago, and I still maintain it, though now its focused on my stalled writing career. I post short stories and book reviews. I talk about ideas and my fears, my hopes and my dreams. It’s still an oasis in the middle of a barren life, and still I have relatively few followers. I don’t get many hits

This blog is different. So far today, I’ve received more views than I had for the entire month of September of my other blog. People read me here, and people have shared my posts in forums that bring me traffic. My friends listen to me patiently as I gush about my stats. They listen sympathetically as I grouse that no one cares about that other blog, about that other, male me.

It’s a strange dichotomy that dwells within me, two distinct halves that vie for dominance, though I know neither would survive without the other. It irks me that I can’t find an audience there where here I have found a voice. Perhaps it’s not so loud as others may have, but I appreciate every receptive ear, every click on my stats. I appreciate every kind word I have received. I’m nothing if not grateful.

But male me would like to find that voice, too. He would be overjoyed to gain a wider audience. I won’t share a link, this isn’t what this is about. Instead, it’s a fascination with how one person with two separate identities can have widely different successes. Stefani and male me are one and the same, but we might as well be strangers. In a way, I suppose we are.